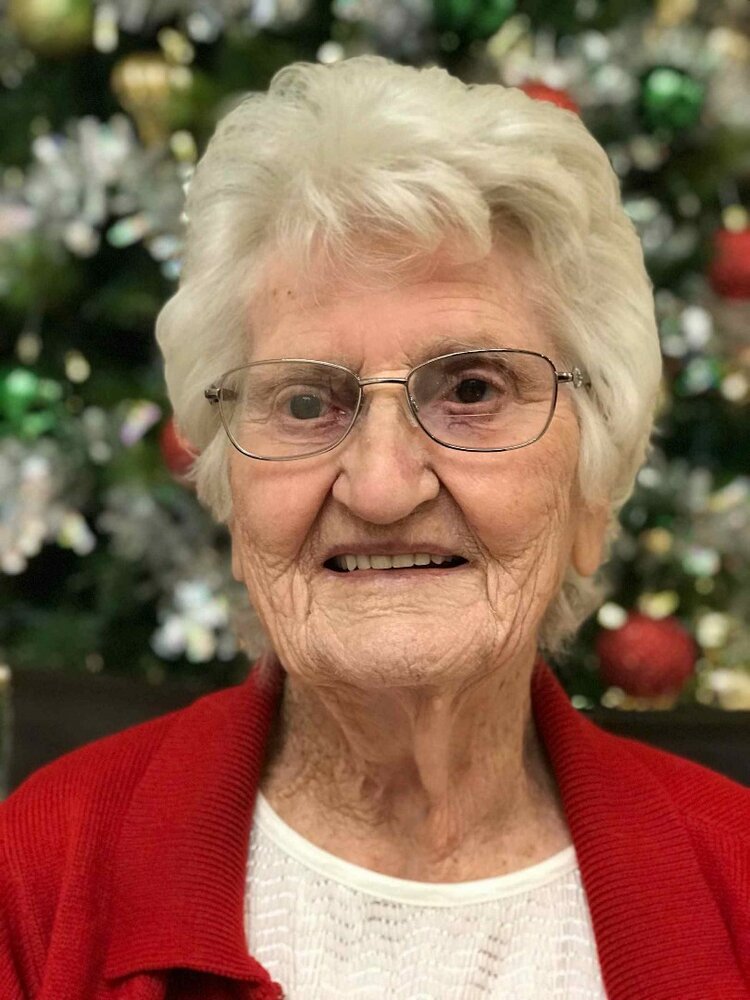 She attended school at Clifton Banks and Alsask schools. Upon graduation she worked in Bishops General Store in Alsask. In 1945, Margaret moved to Empress to work in the hospital as a nurse’s aid.

On October 12, 1946 Margaret married Ken Booker and together they raised their six children Shirley, David, Rick, Elaine, Victoria, and Ken.

Margaret and Ken farmed south of Acadia Valley for many years. Margaret kept busy raising her family and helping on the farm. She grew a large garden and loved raising chickens. She could be found driving combine or sitting at her sewing machine. Her hobbies included quilting, crocheting, knitting and crafting.

Margaret’s devotion to her Lord and Savior was the highest priority of her life. For many years, Margaret would travel to North Battleford to volunteer as a cook at a family church camp. She had a gift for hospitality and welcomed anyone needing a place to stay.

She served on the Acadia Valley Community Club for many years. Margaret and Ken were both founding members of the Empress Friendship Center and were actively involved in many roles.

In 1993, Margaret and Ken retired to Empress. Margaret moved to the Oyen Lodge in 2017 and then to the Oyen Long Term Care where she was lovingly cared for by all staff until her passing.

Memorial tributes may be made to Operation Smile Canada or to a charity of the donor’s choice.

Following the service, family and friends are invited to a luncheon in the hall hosted by the Acadia Valley Community Club and Empress ladies.

The recording of the service is up. Service starts aound the 7 min mark.

If you are unable to access the video, please copy and paste the following link. This will bring you directly to the recording. We are working on getting the video link fixed.

Share Your Memory of
Margaret
Upload Your Memory View All Memories
Be the first to upload a memory!
Share A Memory