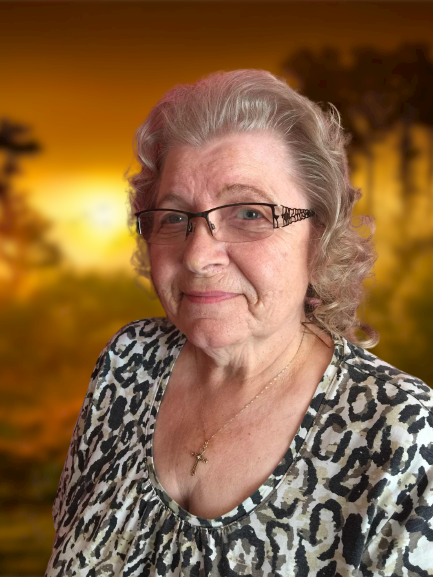 Shirley Elizabeth Park— on October 26, 2022 after 77 years of living a life filled with family, farming, fishing and gardening passed away peacefully with family by her side. Shirley was born on August 19th, 1945 in Shoal Lake, and grew up near Riding Mountain National Park Manitoba.

Shirley entered the work force at a young age, and met a handsome young man when he ordered a piece of cherry pie.

Jim and Shirley married on November 16,  1963 in Rossburn, Manitoba. Shortly after this union, their family started to grow, with James arriving in March 1964, Richard in April 1965, Brian in February 1967, and finally in November 1976, Pamela completed the “Park Pack”

Shirley was a proud member of the Ladies Auxiliary with the Royal Canadian Legion Acadia Branch #208 since 1974.

She enjoyed cooking, baking, fishing and playing cards with friends, family and neighbours.

The serenity of Shirley’s days on the farm, which she prided herself with, was her beautiful and bountiful gardens.  Her heart was complete.

She cared for many kids over the years. As they grew, they became a piece of her. She loved every single child she cared for, just as they were her own.

Shirley was special to every single person she met, always leaving a smile with them.

She was truly our little firecracker!

Shirley was loved and adored by many over her lifetime and will be dearly missed by many.

Recording of service is uploaded, however, it is in 2 parts. Please copy and paste each link if they don't automatically bring you to the page.

Share Your Memory of
Shirley
Upload Your Memory View All Memories
Be the first to upload a memory!
Share A Memory