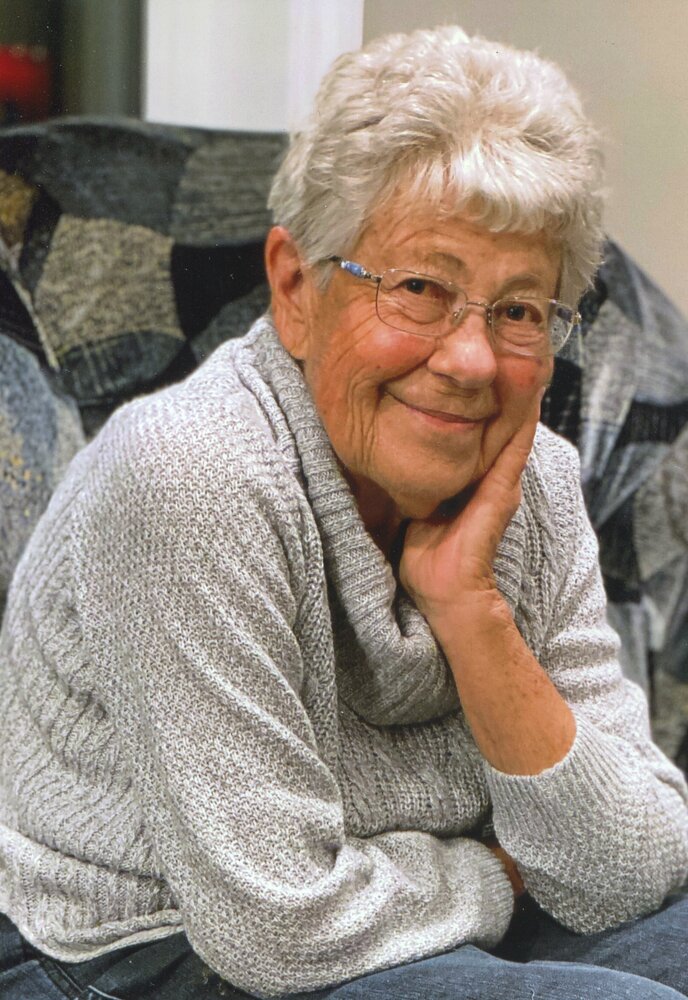 Joyce was born January 24, 1936, in Alsask Hospital to Eric & Lydia Jensen. She was their only child. She passed away July 7, 2022, in the Oyen Hospital at the age of 86. She grew up three miles North of Alsask, and when she got married in 1957 moved 7 miles south of Alsask to the Van Sickle farm. Joyce worked in the Royal Bank in Alsask until she got married. The first harvest she was hauling grain for Mac and had trouble with the auger, so Mac showed her how to run the open cab Massey Harris #90 combine, and he hardly ever got to run the combine again. Although her shifts became shorter in more recent years, she continued to combine until she was 81 years old making her combining career 61 years. Joyce did most of the summer fallow through the 70s-80s. When Joyce wasn’t farming, she was tending to her big garden, cooking and baking, and spent many hours crafting. She was skilled at leather working, crocheting, sewing, needle point, and knitting.

In the late 1980’s Joyce and Mac became interested in square dancing. In 1991 they travelled to Arizona to try dancing there. They spent the next 22 winters there in the warm weather.

Share Your Memory of
Joyce
Upload Your Memory View All Memories
Be the first to upload a memory!
Share A Memory